so I am safely back home, no jet lag anymore, back to some work stuff before moving further to some more competitions.

My USA stay has been amazing, the overall impression is just great! Staying with some good mates, having loads of fun on the hill and in Woodward.

I have spent the Christmass and New Years Eve as well, here is a picture of me and my Slovakian slopestyle teammate Vilo Tomo cooking our traditional soup from sauerkraut: 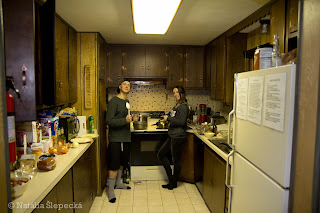 Then it was time for the World Cup in Copper! The course consisted of 2 jib obstacles - street combo and a huge bus stop and 3 jumps. 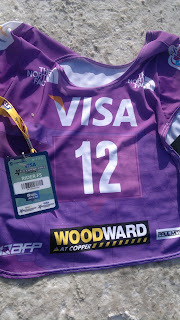 My bib and acreditation. 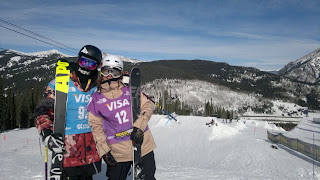 Me and Vilo standing on top of the course.

On the competition day it was freezing, - 32 celsius, windchill -42. So I went and bought some boot heaters, but it was so cold they have stopped working!
Anyway, I have manage to defrost myself to the level I could ski at, and landed my run on the second try, ending up on the 19th place. Thanks Mario Skala for beeing there with me as my coach and for his support!

Now it is time for Swiss Freeski Open in Davos and World Cups in Silvaplana, Switzerland and Sochi, RU World Cup. Excited!!

After a year I am back in Keystone, CO. This winter season everyone is here, because there is a FIS World Cup planned in january in Copper.
The snowpark in Keystone is so much better than anything we have at this time in Europe. The medium kicker line is already set up and there are countless rails. 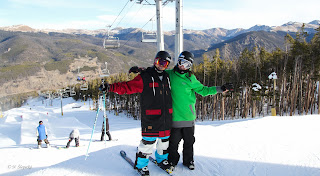 Me doing a safety 540 picture Premek Vida made yesterday

Our accommodation is pretty cool as well. I am staying in an apartment with the Czech teams Kristina Kapounova and Mario Skala and our snowboarder Mato Matys. 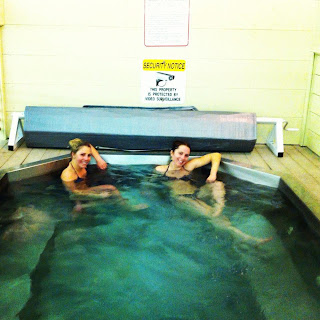 Me and Kiki testing the hot tub, we didnt know how to put on the bubbles haha 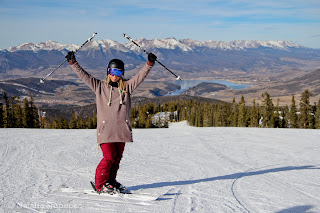 Picture of Kiki i did on the way to the snowpark, what a view!

After the Argentinian World Cup I have undergone a long and painful knee rehab, tried to go to snow once but it did not work, so went back to do more rehab. Finally it paid off and I could ski without pain again!! Last 4 days I spent riding the Hintertux glacier in Austria. The weather wasnt always 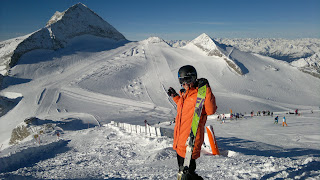 Me standing on the top of the hill 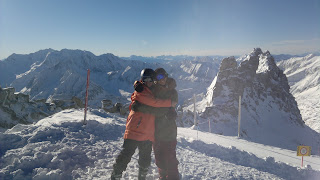 Me and Lucas Mikula, my czech coach at Tux:) 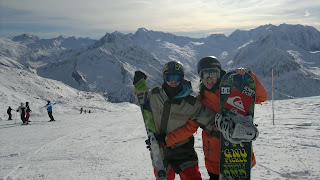 With my friend Mato Matys, we are traveling and riding together a lot

I got only to some basic 360 on the medium jumps and to riding some boxes, but slowly and surely I am feeling it again!

O the 28th we are flying to USA to ride Keystone and Breck again, cant wait! It is going to be a lot of fun, because everyone from the ski and snowboard industry is heading there.

Will be back with some updates soon!

So the World Cup and Super Continental Cup here in Argentina are finished.
The World Cup didnt go as well for me as I wanted. After I have placed 4th in the qualifier, I felt confident I could ski at my best. My run was fs 450 out of the tube, than bs 270 out of the second tube, right 360, left 720 mute, left 360 japan and left 540 safety. Almost everyone had speed issues, the wind even picked up more for our second runs, but I managed to land everything. 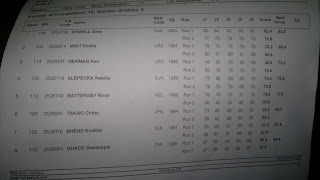 The day of the finals I woke up with a fever, so I knew it is not going to be the best day, but I still wanted to place in the top 5. The training didnt go that bad, but the course was icy. Anyway, I overshot the first jump with my right 360, and on the second run I just got lost because of the fever I had. So at the end I have placed 12th.
The guys and girls from the top 3 did a great show, special congrats to my girl Eveline Bhend, which placed 2nd!

I did much better in the Continental Cup, where I got 2nd, in front of Iku Suzuki from Japan, Eveline won. 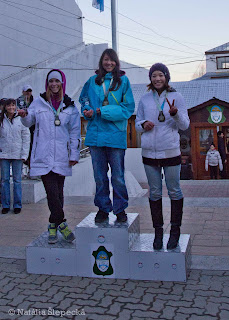 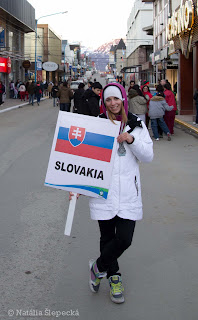 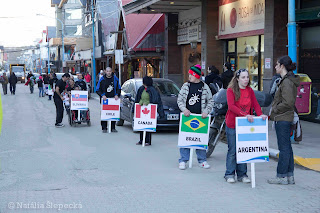 The handicaped people from Ushuaia holding the nations flags at the parade.

So the first couple of the races are finished, now back to some dry training and hopefully i will see some snow soon! We are staying 2 more days in Ushuaia, so it is sightseeing time!

hello everyone,
I have been very busy with the team captains meetings, trainings and the ski preparation, since I am the only one from Team Slovakia here, I have to do everything on my own. So I finally got some time to upload some pictures I have taken here.

On our free day between the Continental and World Cup we went for a boat trip. The original plan was to watch the penguins, but as we have found out, the penguins are gone until november. So we went to watch the kormoran birds and sea lions instead!

We went quite a big group: me, Eveline Bhend from swiss team, the Mario Skala, Pepe Kalensky, Roman Dalecky and Kristina Kapounova from the Czech team, Jaeden Schneider-Clark from Candian Team and of course my travel pal Szczepan Karpiel from Poland.

Check out some pictures from our trip: 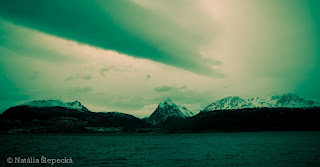 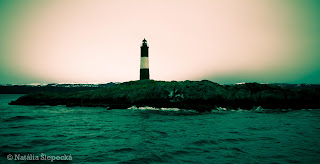 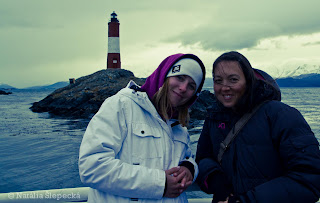 Me and Eveline in front of the lighthouse. 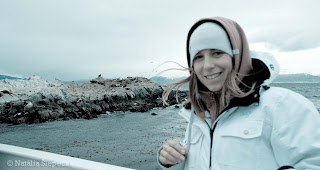 We went really close to the island with the boat. 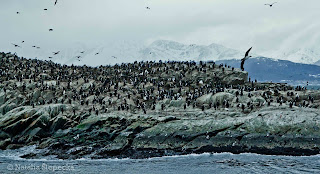 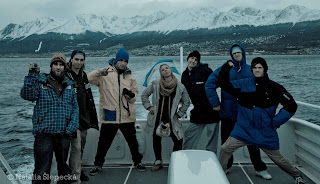 The whole crew on the boat.

The sea lions are chillin:) 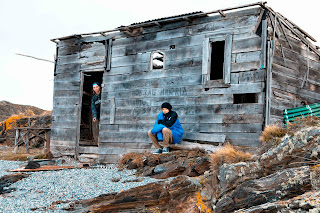 The views here are amazing! 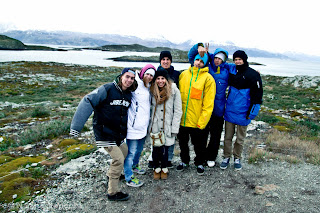 During a little walk on one of the islands.

Hi guys,
after a long 24 hour flight me and Szczepan finally arrived in Ushuaia, Argentina, the place of Super Continental and World Cup. These are the first slopetyle events in this winter season. 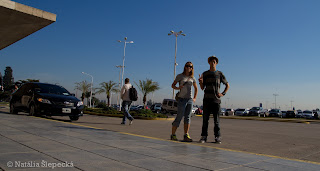 Me and Szczepan in Buenos Aires waiting for our connection flight, it was warm like our summer!

Ushuaia is the most southern city in the world, close to Antarctica. And it indeed is beautiful! By the ocean surrounded by the huge mountains offers spectacular views. Here are couple of landscapes I have made yesterday:

Ushuaia - city surrounded by the ocean and the mountains 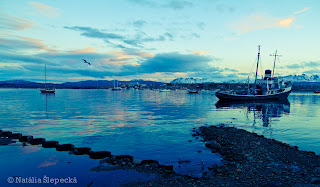 Ship in the harbour

Today we had the first training for the Super Continental Cup. It was first on snow day for me after months, I only had my knee surgery 7 weeks ago. The jumps were indeed challenging, big and poppy, it was hard for most of the people to get the speed right. The builders will do some adjustments to it today so it should be more friendly tomorrow. Unfortunately I nuckled several times, i can feel my knee but is seems to be ok. Now it is spa time, wish me luck for tomorrow, the plan is to get the speed right and to stick my run! 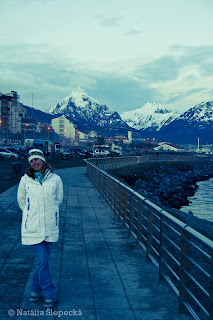 Hey everyone,
I got sooo lucky for the second time in my life, this time Guns n Roses came to play to Slovakia, in my boyfriends hometown Piestany. My dear friend Kat Benzova gave me the best present, me and my friend Ivana could stay with the band in the Kempinski hotel and traveled in the tourbus to and from the concert with the band! We have also stayed in the VIP zone, threw down an afterparty with the band and Kat even took us to view a part of the concert from the podium. Sooo exciting, I have enjoyed every minute of that day and highly recomend the concert! Go and check them out, they are still touring Europe!
Here are few of my pics, I couldnt use my Canon 60D, but my Nokia phone did the job:) 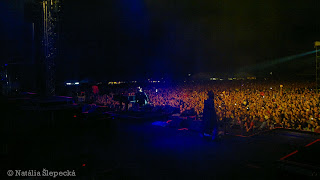 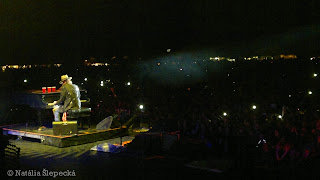 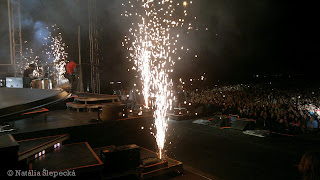 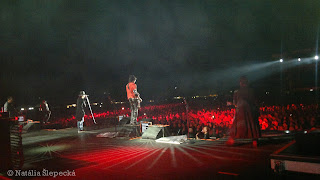 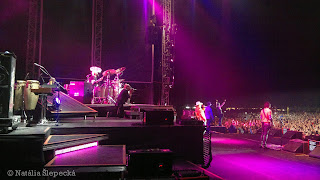 My friend Kat at work:) 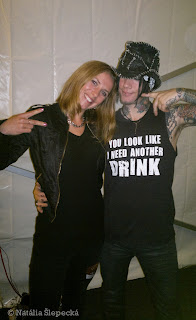 Me, DJ Ashba and check his shirt haha